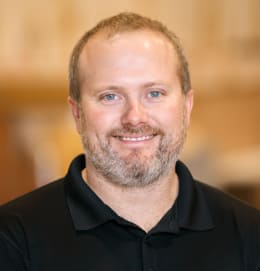 Chris graduated with a degree in mechanical engineering and is the Senior Controls Engineer on Frontier’s team.  Chris has been a key contributor to the development of the e+micro microgrid controller and also takes care of many of the electrical designs and drawings for Frontier’s projects.  In addition to his control system expertise, Chris has been involved as a site engineer in some of the utility scale projects Frontier has been involved in.

Chris, a lobster fisherman at heart, has also developed a vision-based monitoring system for grading oysters.

Chris has been a key member of the Frontier team since 2008.